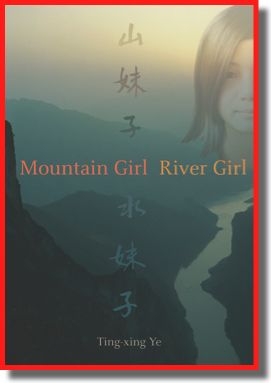 
Just maybe, 6 times will teach me a lesson. After my last IM, I proclaimed my retirement. I held my ground for months. I trained with them, but did not enter, I was just there to support their effort.

The subtle bullying continued and I finally made a proclamation that I believed, would not come true. I said if general entry was still open on August 1 st , I would enter. I was sure that would not happen, it never happens in IM. Of course this year of all years, the race did not fill up and I was caught in my own web. Well you know how the story ends, I enter the race.

I continued to train, even threw in 4 sprint triathlons for fun. Things seemed to be going well and then in the last month before race day, life kept getting in the way and my training started to plummet. My runs were slowing down, my bikes were staying flat and my swim was more of a float than a swim. It was like I peaked a month too soon. I was really regretting my decision. I dreaded the swim, worried that I would drown, thought my bike would be ok, but that the run could go south fast. Then 3 weeks out my knee started hurting and swelling and just not cooperating at all.

Before I knew it, race weekend was here.

All the Crewe was pumped and ready to go, everyone was signed up as a Zilla to help with the team competition. Lots of newbies were going and most of them were young fast movers. More women than usual were entered, Liz, Tanya, Donna and I, with a host of 10 boys. We had a good team, and we all needed to work hard to win the team competition. We had tons of support, lots of family and friends showed up to cheer us on.

So many people supporting us at home, sending good luck messages and planning to track us on race day using the Ironman app. All I could think about was letting everyone down with a crappy finish time and even doubting that I could finish under the time cutoff. It was only We rolled into Louisville on Friday, checked in at race headquarters and had some dinner. Saturday we were up early and out checking our bikes into transition and dropping our transition and special needs bags.

The weather was near perfect on Saturday, even a little cool, but the forecast for Sunday was showing rain, but a little warmer. We were all stressing about what clothes we packed, were they the right clothes to cover the forecast. The river was rolling the current was moving fast, but we were assured that the flood gates would be closed in the morning and we would not have much current at all. Dinner came early then off to bed, hopefully I could get some sleep.

My first goal was to finish under the cutoff time, alive. 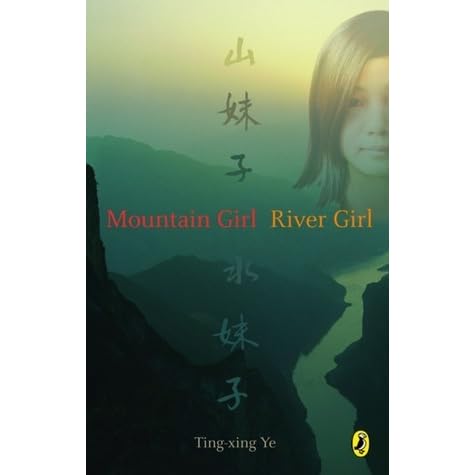 My stretch goal was to finish faster than I did the first time I competed at Louisville, which was in My dream goal was to break 14 hours, and that was a true dream. Funny thing with goals, Mother Nature can throw every goal out the window. Even worse is when your own body throws your goals into the trash. I woke up Sunday to a heavy rain, I got dressed in my tri kit and wetsuit, put on a hoodie, hat and gloves then put a trash bag over the top of everything to try and stay dry.

I headed out to transition with Sketchy in tow, we checked our bike tires and found Jeff and Phil. We stood under the highway bridge with Jeff and Phil and their wives, hoping to stay dry just a little longer. Sketchy and Phil are faster, but we decided to hang together in a middle ground. The good thing was that they could hold my place in the line when I ran back and forth to the Johnny about a hundred times. This is no exaggeration, just ask them. Speaking of the Johnny, I met a really nice guy while I stood in line, he grew up in St Louis and now lives in Louisville, he was volunteering with his son.

He even let me cut in line in front of him, I guess the dancing around while I talked to him clued him in that I may not make it to the Johnny in time. While walking back to the line I heard a guy say that the swim was being changed and shortened due to the extremely fast current. I stopped in mid step and asked if that was true and he said yes.

I took this info back to my group and we all did a little happy dance. Soon the news was moving through the crowd, most people were happy, except for Jeff, he was crying. Of course he was crying, he has been petitioning for a much longer swim, he calls it the equilateral, you divide In fact, if we would have done the original swim course Jeff would have been the only person in the Crewe that would have finished the swim.

The problem with the change in the swim course is that it made the race start over an hour late. We stood waiting in the freezing cold rain for over 3 hours, and even though we had trash bags over us, we were still shivering the entire time.

When we finally made it to the dock and were told to jump in, it was almost a relief to hit the water. I had problems staying on course, the current was washing me further out with every stroke. The lifeguards in kayaks and on boats were yelling for me to cut in, I was trying, but the current kept pushing me the other direction.

I swam as hard as I could towards the stairs where volunteers were pulling people out. I finally was in reach of the shore, a volunteer standing waist deep in water on the stairs reached out and grabbed my arm, then yanked me right out of the water, pulled my wetsuit zipper and propelled me forward.

I actually wanted to the kiss the guy, but there was not time for that. I was just saved from washing down the river, and the only thought rattling around inside my head was to run to transition so I could ride my bike in the pouring down rain while shivering from the cold wind. I have to wonder what normal people do for fun. It was my longest transition ever, well at the time, because my second transition was even worse.

As I ran toward the tent a volunteer handed me my bag, and I headed to the door of the tent, shivering all the way. Once in the tent there were no chairs available so I was standing trying to get wet clothes off and dry ones on without getting the sand I was standing in, in my bike shorts. I finally pulled it open with my teeth and ate it. I got my helmet on and ran out to my bike while pulling on my gloves. I pulled my bike off the rack and headed to the mount line.


On the way out, I heard Pam yelling to me, she told me Sketchy was right in front on me. As I neared the mount line I saw Godfather cheering me on. I really appreciated all the support from friends, I was in need of kind words at that point. So I just smiled to keep from crying and kept going. I took off on the bike, wishing I would have put tights on, my legs were so cold and had turned fire engine red. I had put on a vest and arm warmers, so my core was ok, mostly it was just my legs. I also put a stocking cap on under my helmet, I think that helped a lot too.

It was only a matter of minutes before I was soaking wet again, maybe there was no real reason to put dry clothes on.


It did feel good for those few minutes though. I rode along through rolling hills, keeping a moderate pace because there was a lot of standing water on the roads and I was trying to maneuver around the puddles where I could. After 20 miles I was on the loop, the loop had some pretty challenging hills. They would not have been so bad if I could push the down hills, but because of the rain it was just too dangerous in my mind to do that. Ambulances screamed by me three times during the bike and I saw multiple crashes and people off the road with mechanicals. We passed back and forth a couple times and at the special needs bags, Liz stopped and I kept going.

At mile 60 I was coming into LaGrange for the second time and could see Sketchy up ahead. I finally caught up to Sketchy on the other side of town. We started riding together, well sort of. We tried to keep just out of drafting distance, but sometimes we just rode side by side, not really worrying about getting caught. Soon we were nearing the end of the second lap and the rain was down to a light drizzle.

Of course it was still cold and at one point I turned into the wind and it felt like I was getting hit by sleet. After what seemed like forever we hit the 90 mile mark and were heading back to transition. It was mostly flat with a slight elevation drop all the way in, I felt like my life was changing for the better. Oh, but then tragedy struck, my right knee started hurting.